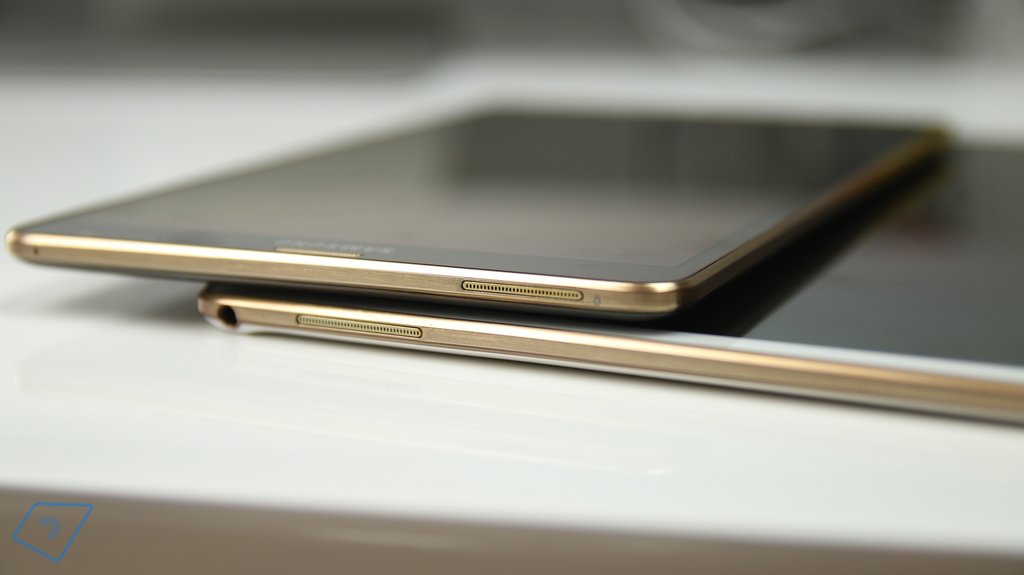 Seems like Samsung is working on another Galaxy Tab now as a device with model number SM-T375S has popped up in the databases of Bluetooth SIG and Wi-Fi Alliance. This device got bluetooth certified yesterday, i.e., on December 24 while it was Wi-Fi certified on December 16. 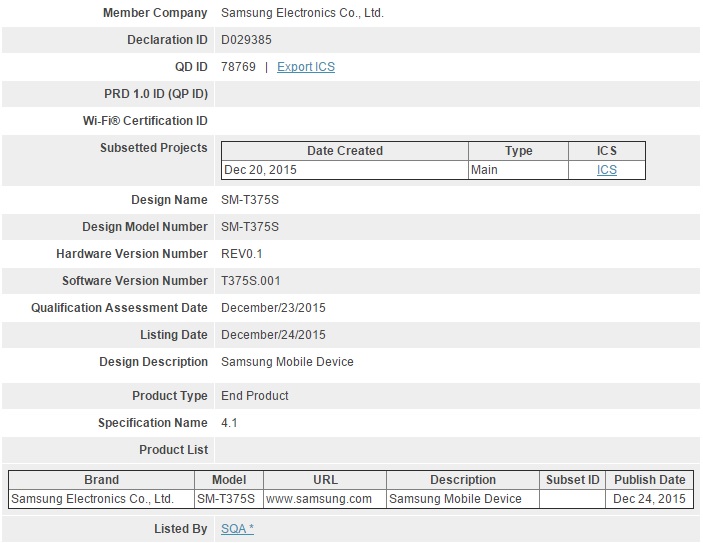 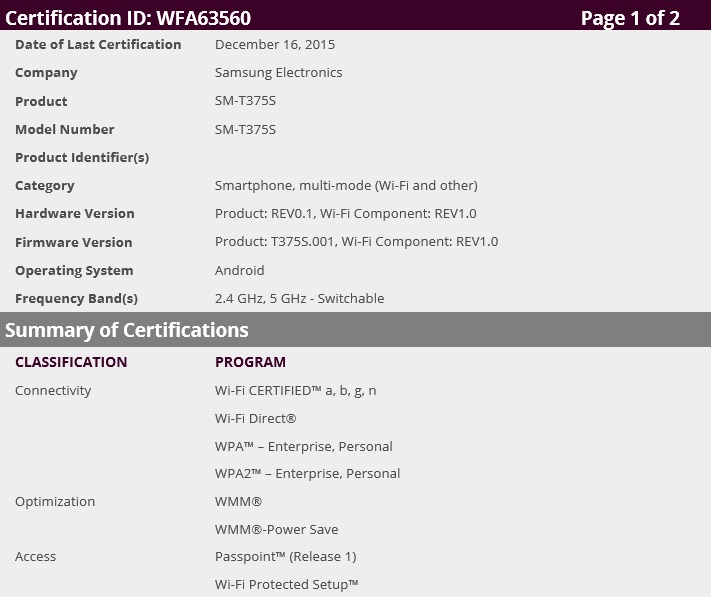 In Wi-Fi certification database, the said device appeared with two model numbers SM-T375S and SM-T375L. These certifications didn’t tell us much but a simple search in Zauba revealed atleast its screen size, although that could have been easily guessed with its model number SM-T375.

According to the listing on Zauba, the device was imported on December 7 for testing and evaluation purposes in India, and its screen size is mentioned as 8-inches. The price, at which it was imported, was 6792 INR (about $103) which tell us nothing about its final price but we can atleast say that it will be an entry-level tablet.